The agenda for the upcoming #RHUBNZ Conference claims that “After two days you can expect to be a fearless change agent”.  That’s a big call, but one I’m more than willing to put to the test. I’d love to be considered and consider myself as a Fearless Change Agent. How would that be for a job title? Sounds like a super hero. So aside from this, what else has got me excited about attending the conference touted as a must attend for all in NZ recruitment?

The line-up for one thing. The speakers confirmed for the conference read like the glitterati of the talent world. There are people here who I’ve looked up to and learnt from in one form or another for years now. Including one of my former AUT lecturers, so good he wrote the text books. I’m anticipating being more than a little star-struck over the conferences’ two days.

I’m looking forward to networking. Meeting people #IRL (in real life) that I’ve previously only met via social media and the like who share similar interests. This was undoubtedly one of the highlights of another conference I attended recently, resulting in deepened and strengthened connections with people I was already in regular contact with and a host of new people to share with and learn from. The incredible technology available now means that through social media it’s even easier than ever to maintain these relationships on an on-going basis.

Recruiters. I’ve heard them called the car salesmen of the HR world – don’t hate me for that comment, for it’s not one I subscribe to. Rather, I see recruiters as something of the super hero’s or “change agents” of the HR profession. In my opinion they appear to be the group forging ahead into new and different ways of working. Utilising technology, embracing it and pioneering a way forward. I believe the rest of the HR disciplines could learn a lot from recruiters, how and where they are working both now and into the future.

In reviewing my thoughts to this point I’m aware that I’m expecting what looks like a lot from this conference. However, as I’ve rarely stopped pre-conference to really think about what I want to get out of it before (other than the obvious – in this case honed recruiting skills) it may well be that all of the above is highly deliverable. Here’s hoping. Here’s to fearless learning.

Post the #RHUBNZ Conference I fully intend to be a Fearless Change Agent (with Super Hero like recruiter practices). I hope my post conference blog has the same title, but with the question mark replaced by a period.

Kylie is sales & culture performance manager at NZME. She tweets fearlessly at @KylieTelford and also blogs at HRMusings. Kylie will be attending RHUBNZ. 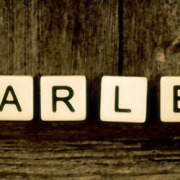